Areas of intervention of our lawyers practice, an expert in family law In Lyons 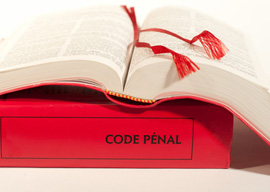 What to do in case of domestic violence and mistreatment by spouse?

It is very difficult for a victim to describe the abuse suffered and the physical and psychological consequences that result.
Maître STRULOVICI, a lawyer in Lyons, is particularly sensitive to the reception of victims and will take the time to be at your disposal to advise you on the different procedures that can be envisaged.

Every two and a half days in France, a woman loses her life under the blows of a spouse, a concubine or a former companion.
The World Health Organization defines violence as follows: "Violence is the intentional use or threat of the use of physical force or power against oneself, another person, group or persons, community, and with negative consequences on the physical, mental or social health of the person or the victim, or at least a high risk of such consequences".

Domestic violence also affects men. Violence committed by women on men is of course much rarer, but actually exists and must be taken into account.

If you are a victim of violence, and want to seek redress and / or divorce, do not hesitate to contact our practice.


Legal advice for victims of violence within the couple


What is the offense of child non-presentation and child abduction?

Article 227-5 of the Penal Code punishes "the undue refusal to present a minor child to the person who has the right to claim his/her presence".

The imprisonment is increased to 3 years and the fine to 45,000 € when the child is held beyond five days without those who have the right to claim that the child is presented to them know where he/she is, or when the child is unduly detained outside the national territory.

Article 227-7 of the Penal Code makes it an offence for an ascendant to remove a minor child from the hands of those who exercise parental authority, or to whom he/she has been entrusted, to the owners of the secondary residence he/she has.
The penalties are the same as those provided for the non-presentation of children.


How to change name or first name?

Our Lyon office can also assist you in an action to seek paternity, dispute paternity, for an action to delegate parental authority, and in the context of an adoption procedure.
Legal notice
Website map